It's almost here!  Christmas-Hogwarts-Burning-Man-Woodstock-carnival-prom is almost upon us!  (We call it the DFW Writers Conference for short.)  And this year, I've suckered not one but TWO amazing writers into dropping out of the con circuit to join us - and you better believe I'm out to show them a good time.

Heck, I'm out to show EVERYbody a good time - because let's face it, writing conferences are tough.  You don't want to just sit in the back and be all

But at the same time, you can't exactly roll up and holler 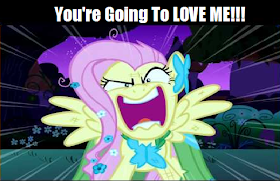 (Well, you can, but you REALLY have to play it just right.)

So let's talk about how to win the weekend! Here for your edification are five hot tips for rocking DFWcon.

Great!, I hear you say. But why should we listen to you?

So glad you asked!

Got it?  Good.  Now here's how to have a phenomenal weekend.

Did you look at the genre matrix?  Good!  Did you go to the agent's website and read up on them? Great! But don't stop there. That's basic stuff. You're not here to be basic. Make this a movie-montage-Googling session. Go find some recent interviews they've done. Check out their Twitter. See if they have any clients whose work you know. If you want that agent to be interested in you, start by being interested in them!

Think of it like trying to convince a friend to go see this really cool movie. Are you going to talk for ten minutes straight? No. Are you going to dump in a whole load of names and places? No. You're going to keep it short, sweet, and awesome - aim for about a minute, max, before you come up for air.

"It's about this doctor guy who comes home one day to find that someone's broken into the house and killed his wife - and now the cops think HE did it.  So he's on the run from the authorities and simultaneously looking for the killer... and then he finds out that the hit was meant for HIM. He was the one who first blew the whistle on a lucrative new drug that actually turned out to cause liver damage. Now big pharma wants him dead, and if he doesn't stop them, they're going to push the drug through and potentially kill thousands of people.  It's a little bit Count of Monte Cristo and a whole lot of Bourne Identity, with less amnesia and more prosthetic arms. You're gonna love it."

(Bonus points if you start with something personalized that you learned in step #1, and end with a question that isn't "do you want it, huh, do ya, do ya?"  "Thanks so much for meeting with me, Mr. Spielberg - I know you're really on the lookout for a new take on the whole alien-invasion thing, and since you're also into middle-grade fiction, I think I have something that would be right up your alley. It's called 'E.T.', and...")

Remember: your pitch session is not a 60-second monologue. It's a 12-minute conversation. Your pitch is only the beginning of that conversation - so make it a good one!

This is especially true if you don't know many people at the con.  Are you commuting there?  Maybe clean out your car so you can offer your new out-of-town friends a lift to dinner. Are you a black-belt Googler?  Consider printing out extra info on all the agents in your genre, so you can help other con-goers who don't know who to talk to. Foodie? Look up all the best restaurants nearby and be ready to recommend. Heck, you can make friends just by offering to let people practice their pitch on you and giving them good feedback!  Bottom line: think about what kind of problem-solver you want to be, and then get out there and get known.

In other words, don't pitch to anything that moves. Really. Yes, you have a limited amount of face-time, and yes, you want to get the most bang for your buck out of the weekend, but con-going is like dating - hustling people into the sack rarely works. This a game of multiple touches. Go to the agent's class. Say hi in the hallway. Chat at the cocktail party. Talk up somebody else's work. If the weekend's over and you never got to pitch to them?  GREAT.

No, really.  That is great - because ANY interaction you have with an agent this weekend is query-letter gold.  Picture opening your email thusly: "Ms. Maisano - I so enjoyed taking your Prose P90X class at DFWcon last month. It was hugely helpful, and now that I've had a chance to sit down and apply those ideas, I wanted to query you about my novel. It's a 70,000-word YA sci-fi adventure called Bacne to the Future, and..."


RIGHT AWAY, you shoot to the top of her inbox. RIGHT AWAY, you are flagged as a person who made a serious investment in your writing career (and who wanted to query her, specifically - not just blanket the Internet with a form letter.)

Cheesy, but true. Rachel Swirsky said something at CONvergence earlier this month, which I thought was so wise:  "Cultivate lateral and downward connections, not just upward ones. You never know where someone will end up, and people have vastly different resources."  Which was followed by this keeper from Lee Harris:  "Publishing, like any business, is all about relationships... and you can't fabricate relationships."

So if you end up sitting next to Rachael Acks, say hi - she's a fabulous writer and a geologist by trade, and who better to talk to for that big-oil thriller you keep meaning to write?  If you see Mark Finn in the hall, tighten your sphincters before you bend his ear - he will make you laugh 'til you leak, and he knows more about Robert E. Howard, indie-publishing, and master-class party-schmoozing than anyone should. Larry Enmon is retired Secret Service. Taylor Koleber is an LDS missionary who speaks Haitian Creole. Michelle O'Neal works as a forensic chemist at the local medical examiner's office (she can tell you where ALL the bodies were buried, and when and for how long.)  I could go on, but you get the idea: there are going to be 300+ phenomenal people there this weekend, at every stage of their writing careers. Don't be so fixated on the agents that you forget to look around and notice the social gold mine all around you!


Anyway, last thought, lovelies: if you're nervous, that's okay. It's a big deal. But no matter what you do, you're going to come out of this weekend a winner: you will know more going out than you did coming in, and have shown to everyone who claps eyes on you that you are NOT a person who wears your pants on your head, but a dedicated writer making a commitment to your career.  And if you need any reassurance on that point, come find me - I'll see you there!