Well, guys, let me tell you: when my good buddies Daniel Bensen and Libby McGugan tagged me into this fun little game, I wasn't sure what to write.  It sounds dumb, but I've been having so much fun lately that I'm half-wondering if everyone is grinding their teeth at what an insufferable bloviating ass I've become, and it's kind of hard to follow that up with "but let's talk more about what's really important here: me."

Nevertheless: the name of the game is #MyWritingProcess, and I am excited to play!

What am I working on?

The sequel to One Night in Sixes, enticingly titled Medicine for the Dead.  It's already written, but I'm hoping to do a bit more spit-and-polish between now and August.

How does my work differ from others of its genre?

Oh, golly.  Well, if the genre is "epic fantasy", then I guess my books have an exceptionally high Stetson quotient.  If the genre is "fantasy Western", then about the most I can say is that I'm less interested in black hats, white hats, six-guns and monsters than I am in using fantasy power (magic) as a way to think about real-world power (identity and culture, and how those can be used for good or evil.)  And so we arrive at "rural fantasy": a sorcerous, dust-crusted tale in which we don't spend much time dancing with wolves or defending winsome ranchers' daughters, but still manage to have one hair-raising hell of a time.

Why do I write what I do?

Well, I love writing, and early reports indicate that it's even more fun when people like your writing and will even pay you for it!

But to be honest, what I'm really in love with is the idea that... you know, every plot device in the world has been used since Aristotle was a lad - but not so for people.  Even in 2014, there are SO many people who see themselves in fiction very rarely, badly, or not at all.  And the realization that there are still millions of readers who are desperately thirsty to see themselves as center-stage heroes and villains and romantic ideals is a tremendous shame - but also a stunning opportunity.  It is a gold-filigree promise that there are LOTS of fresh new stories itching to be told - and the thought that I could contribute, even a little bit, to filling some of these huge gaping empty spaces on our bookshelves is such a powerful draw.  It's the one thing that makes this what I'm doing feel bigger than me and my own ego - and if I manage to write something that brings even one new fan in to the fantasy aisle, I will know for a fact that I have Done Good.

How does my writing process work?

Well, I feel a bit unqualified to talk like I have some kind of System, because in a lot of ways, this still feels like my first-ever project.  But if you want to follow the Tex Thompson Winning Formula for Writers™, here it is!


3. Take a year and a half to reboot the story in "started-as-outline-and-mutated-into-weirdly-crappy-screenplay" format.  (2004-2005)

5.  Get the idea to ditch Vaguely Plastic Medieval Animeland and try setting the story in a world based on the American Southwest.

7.  Realize that you are neither Patrick Rothfuss nor Susanna Clarke, and cannot pitch a 300,000-word novel with a straight face.

10.  Join writers' workshop in January (2012), attend writers' conference in May, sign with Agent of Your Dreams in August, go out on submission in January (2013), sign with Fairy Godpublisher in July for release in July (2014).  Commence building a massive vault for wallowing in future royalty checks.


And that brings us to today, gentle friends.  Medicine for the Dead is the second piece of that original 300,000-word monstrosity, completely rewritten and slated for release in March 2015.  Lord willing and the creek don't rise, we'll be able to do the as-yet-unnamed Return of the Jedi the year after.

And while I imagine that all this above is of extraordinarily limited utility to anyone who isn't me, I would like to state for the record that:
So if that affords any comfort to anybody who's still running that first long race, then by all means - let me be the dixie-cup of Powerade you throw in your face on your way to deathless glory! 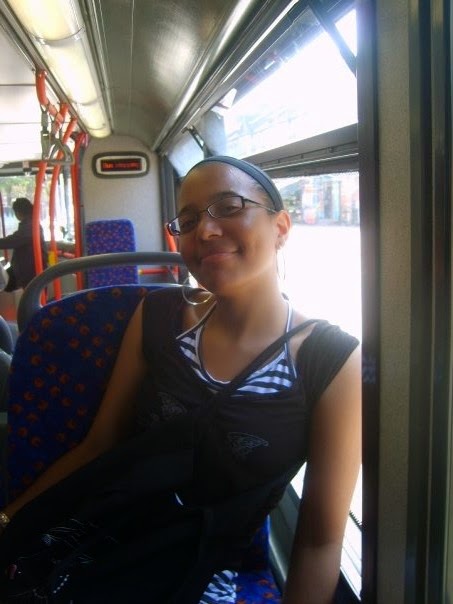 Born in 1987, Hackney, London, Shay suffered a major mishap at the age of two when she came across a pencil and sheet of paper. Twenty odd years later, you could say the result from that encounter was having her right hand replaced with a Bic Pen - blue if she can help it. (Hence her Blue Bic Blog and chic matching @bluebicblog)

As a stay at home mum raising a crazier reincarnation of herself, Shay often delves into the world of Young Adult/Adult Sci-Fi and Fantasy, but when escapism is compulsory, she’s not afraid to pen the wEiRd either…

Mom of 2, wife of 1 and aspiring writer of fiction. Veena loves writing about vampires, werewolves and female heroines who are kick-ass, flawed and always breaking the rules.  Find her at VeenaKashyap.com and on Twitter as @VeenaKWriter and @AuthorVisitsVK 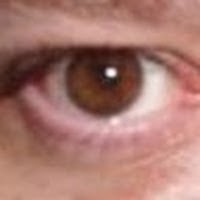 He writes speculative fiction that’s a little (okay, a lot) off kilter both for adults and for children.  He’s on the board of the DFW Writers Workshop, which is not as impressive as it sounds.