You know, I feel really bad that I haven't updated here more often.  I'm so full of thoughts - oh, happy reader, if only you could taste a delectable full-bodied slice of my gray matter today! - and yet having so dang much trouble with follow-through.

Actually, a better way to say it is this: I feel like half of my brain is burning out from overuse, and the other half is rotting.  I knew it was getting bad when I found myself suddenly, desperately excited at the prospect of teaching GMAT math.  Or hell, ANY math.  My 10th-grade tutoring student whipped out her geometry homework this week, and it was like someone had offered me - dare I say that deadly four-letter C-word? - cake.

Meanwhile, the right side of my brain is busy failing at two blogs, four social media accounts, six email addresses, a line-editing project, and writing the first draft of one whopping big manuscript that really, positively needs to be done by Christmas.

To be clear: these are all TERRIFIC problems to have, and I'm grateful for every one of them.  It's just that collectively, they do end up with me sitting at my computer, begging myself to do something - anything! - but mostly staring at the dried sneeze-speckles on the screen in vacant fascination.


Actually, I think this is a small part of the reason why I am so dang excited for WorldCon this week.  Hanging out with people in real-time is such a joy, you know?  Yes, it wears you out in its own peculiar way, but what a relief to only have four seconds to draft your response, instead of letting that blinking cursor leer at you for hours, or a whole entire weekend, while you attempt to compose the reply which will stand forever as a testament to your craft and thoughtfulness, or embarrassing lack thereof.

Thank you so much for the Precious Moments figurine.  I'll think of you every time I see this adorable club-footed cherub, and remember to make my monthly donation to the Tow-Headed Caucasian Children's Fund.  Can't wait to see you at Kitschmas!

And no, it's not like every tweet and post and 3AM drunken gmail missive has to be some Ozymandian monument for the ages - but every one of them is explicitly meant to be noticed by somebody (especially when you are now in the business of being noticed by as many people as possible!), so why wouldn't you want them to look their best?  Especially once people have seen what your best really looks like.  From then on, they'll know in a heartbeat if you show up with anything less.

My God, is this what it's like to feel incapable of leaving the house without makeup?  Shall I never again browse the aisles of the Internet in my social sweatpants?

And so I continue overclocking my frontal lobe, wallowing in problems that I am absolutely delighted to have, cultivating perfectionism at the expense of promptness, and wishing like the dickens that I weren't always, constantly, CONTINUALLY keeping at least one person waiting on me for something or other.

Sorry about that, y'all.  C'est la belle vie.  But if anyone needs any help with solving simultaneous equations or calculating probability, I am prepared to render aid with positively blistering vigor.  In the meantime, bring on WorldCon!

Part of the Family

Well, y'all, today Publisher's Marketplace has made it official: I've accepted a contract from Mr. Jonathan Oliver at Solaris Books to publish One Night in Sixes and its sequel.

And let me tell you, I'm pretty dang stoked about that.  If the Blue Fairy herself had come down and asked what I wanted in a publisher, Solaris would be it.  (Granted, that is likewise true of my agent, Jennie Goloboy - really not sure how I got so lucky twice in a row, but I will take it!)

Anyway, I understand that tradition calls for a .gif-laden recounting of the epic tale.  I've never been very good at those (though I can heartily endorse Jamie Wyman, Annie Neugebauer, and Nathan Bransford for all your animated publishing-saga needs.)  Still, I was out for the weekly post-session carouse with my workshop peeps tonight, and this about sums it up:


With that said, I would like to put some more words here.  I'll try to make them relevant.

See, it just so happened that while this whole thing was going down, I was in the Pacific Northwest to attend the PNWA and Willamette writers conferences (highly recommended!)  I also have family in both Seattle and Portland, so I set aside some extra days to catch up with the clan.

And guys, I just can't tell you what it's like to get some of your life's best news while surrounded by 12 or 15 of your nearest and dearest.  My mom and aunt squealed in perfect high-school-girl synchronicity when I first read them the letter from my publisher.  Cousins were called.  Phones were passed.  And every time we added a new person into the fold of what eventually became a giant impromptu family reunion at my grandma's house, the whole story had to be told again from the beginning, peppered with dramatic e-mail readings and supplemented with exciting new tidbits about cover design or contract clauses.  Shoot, we even had an expedition to the local big awesome indie bookstore to track down Solaris books.  (Verdict from mom and auntie: VERY good covers.)

I have never felt so little, or so loved.

"Well, of course you do," you might reasonably say.  "It's a big freakin' deal!"

But here's what you have to know about my family.  We are a tribe of Addamses and Weasleys and Incredibles.  We are teachers and judges and Harvard grads, athletes and veterans, GIS specialists and mathematicians and actuarial super-geniuses whose jobs I barely understand.  Hell, my baby sister - the kid I relentlessly harassed from the back seat of the family minivan! - is already a kung fu national champion who dual-wields bachelor's degrees and dismembers dead giraffes at the Dallas Zoo while she works on her vet school application.  It's like our gene pool is equal parts mutagen, antimatter, and Diet Coke.

The same is true of my posse at the DFW Writers Workshop.  It is, like, a veritable Justice League of literary superosity.  We've got Rosemary Clement and A. Lee Martinez, Jenny Martin, Russell C. Connor, Pamela Skjolsvik and Kirk von der Heydt and a whole cadre of phenomenal writers who are getting ready to burst on the scene like so many juicy talent-swollen authorial zits.  (You might not be able to see 'em yet, but you can feel them coming in!)  I wish I could convey how much these folks have done for me over the past year and a half, or how loud and heartily they clapped for me tonight.

So I guess what I'm trying to say is, people see me as having done this amazing awesome super-impressive thing, and objectively, it is.  But I'll tell you this right now: I have spent my life surrounded by love and encouragement and about eight dozen models of hard work and jaw-dropping talent, and there is VERY little of this particular victory that doesn't belong to someone else too.

This does not make me sad.

On the contrary, I am delighted to add my little star to the great Thompson-Mayhugh constellation, and to hang my cape and mask next to the others on the workshop wall, and I absolutely can't wait to show you guys what all the fuss has been for.  Stay tuned for One Night in Sixes, coming in August 2014 to a bookstore near you!

And in the meantime, here's to my two phenomenal families - the one I inherited, and the one I found.  I couldn't have done it without you. 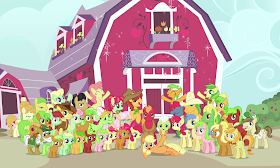